Trouble among colleagues, fair and square

At the office, it happens losing one’s temper with colleagues. Clashes at office is inevitable and it happens to everyone, unless you’re an altar boy. When you’re the Office Manager, you collaborate with almost everyone in the company. Therefore, there is a big chance at telling your colleagues off. But the capacity of pinpointing an emerging conflict, understanding the reason and quickly coming up with an answer, turns you into a Superstar Office Manager. This is how you can handle these inevitable clashes.

Keep in mind that having good relations at work, isn’t bad at all

For a company to be efficient, the teams need to be equally efficient too. To achieve this, collaborators need to maintain a cordial relationship with one another. Regardless of their differences. This might seem obvious but it’s important not to forget this.

As an Office Manager, you’re partly responsible for creating an entrepreneurial culture, in which not agreeing with someone or someone is entirely normal. Even encouraging for that matter. After all, nobody wants a “yes man” band, agreeing to just almost any opinion. A critical mind is important. A company where nobody dares to show a critical mind and contradict choices, is a dying company.

Each one has a right to express their opinions, as long as it’s done professionally, in a pleasant and friendly atmosphere, isn’t it?

Learn to read between the lines

At times, these conflicts don’t emerge in a direct and obvious manner: it is necessary to exchange insults and throw the computer mouse, to actually speak about clashes. At times, clashes are more direct, like a cold war.

For example, a new collaborator won’t necessarily express his disagreement during a meeting with his superiors, even if he is convinced that choosing a pink highlighter for the PowerPoint graphic chart, is by far the lousiest idea.

Try to detect the forewarnings of an underlying conflict: Vicky looks at the sky, Evan seems disgusted or Michael’s sarcastic remarks. By being aware of these signals, you’ll be the most likely to think about an adapted solution and avoid for this conflict to get out of hand.

Try to put yourself in your colleagues’ shoes

When one wants to be understanding, it’s important to put oneself in the shoes of your colleagues. By putting yourself in their place, you’ll surely understand their concerns and motivation. Thus, end the conflict.

Clashes often exist as collaborators are not capable of seeing further than the end of their noses. Don’t be such a colleague and try to show strategy, by studying all the angles of the problem.

Easier said than done, for sure. But when you’re right in the middle of a clash, when one is angry and your blood is boiling, we quickly lose it. Often we say things we regret “asshole of a Michael, you’re gonna piss me off once again, for the hundredth time, all the info is available in wiki! Don’t be the one who aggravates the tension. Get a grip on yourself and calmly but firmly, put anyone who goes overboard,  back in their place. In short, learn to manage stress, even in case of a clash. Keep your cool, it means being professional. If someone wants to shout, to express their arguments, it means this person has a serious issue with authority.

In a conflict, it’s important to properly listen to what the opposite party has to say, before expressing oneself. This will help you better understand the viewpoint of your colleagues and provide the best response, to convince that your vision on things is much better than theirs.

To handle a conflict, forget about mails. Even if you’re a good writer. It’s easy misinterpreting a word or sentence, it happens all the time. You might trigger a misunderstanding and the problem could get out of hand. Tackle the problem head on and have the dignity to manage the conflict, face to face.

Moreover, the problem with emails is that they won’t erase on their own. A written evidence of swearwords, addressed to your colleagues will stick, somewhere in Outlook… You need to understand that this could go against you one day or another…

In the same way, avoid Slack or text messages, it’s the same thing. Even though face to face is better, a telephone call is tolerated. 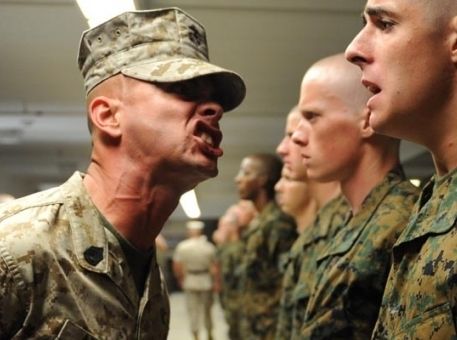 How to motivate your lazy collaborators

It’s 3 :20 pm this Tuesday. The atmosphere is gloomy at the end of autumn: days are getting shorter; temperature is... END_OF_DOCUMENT_TOKEN_TO_BE_REPLACED
31/07/2019 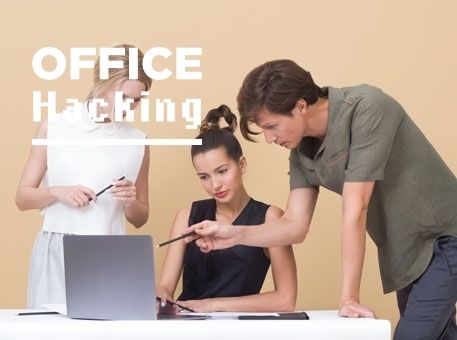 Give a negative feedback to a collaborator, without triggering World War 3

It happens often that at work, one asks for your opinion on various issues: “what do you think about my financial goal... END_OF_DOCUMENT_TOKEN_TO_BE_REPLACED
17/09/2019

8 unique ways of forcing your colleagues to do their dishes

Dishes in a company…is an important issue. Your collaborators use mugs, plates, cutlery in the kitchen on a daily basis... END_OF_DOCUMENT_TOKEN_TO_BE_REPLACED
26/11/2019

How to prevent free food at the office from killing you
Being paid by a stubborn client (from the wallet)
How to improve one's knowledge while working ?
Is dress code at work a dead concept ?
x